I hope you all had a great start in the new year!
We had a quiet night with watching the fireworks after re-watching The Hobbit.

This year I'll have a great time I guess. For a while now I'm following the activities of Tokio Hotel. I listen to them for years now and I just love them. The first and last time I saw them was back in Japan in 2010. They had a little showcast in Akasaka and I really enjoyed it. A while ago they finally released a new album and also rumors about a tour were spread. Eventually Tokio Hotel announced the tour dates for spring. And they come to Frankfurt! I'm so incredibly happy! 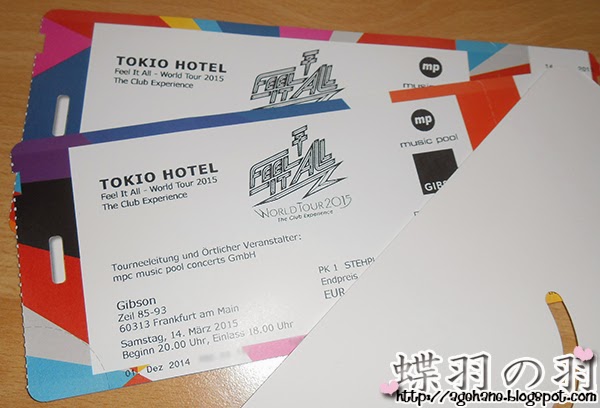 They will play in a pretty small club here so even the last row will feel like the first one, I guess. It's often like this. My only worries are the other fans. I don't want to listen to their screams and watch the concert through cameras and mobile phones.
Anyway... is there someone else going to the concert in Frankfurt? I'd love to meet up with my followers!


Another very precious event I'll be attending is "Zelda Symphony of the Goddess - Master Quest". I waited so long fo this. Finally! FINALLY! I will be attending the concert with my dear genzai whom I played through the games with together. I got the tickets today and... omg! They are so beautiful! 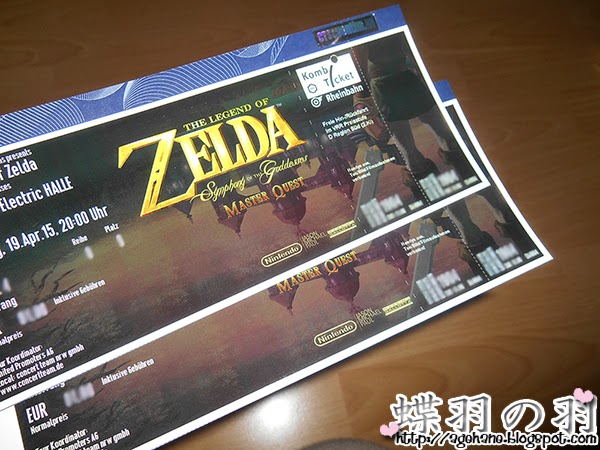 Of course I'm going to tell you about it afterwards.